The antenna control room is a location in Submachine Universe.

The location exhibits basic basement architecture, though these walls appear to be made of gray-blue stone slabs rather than the typical wood. The location is organized on three floors that contain a total of three karma antennas and three ladders. A karma transmitter in the area, when activated with a wisdom gem, provides power to a karma portal leading to the fragment extension, as well as various objects in the room. These include a ceiling device resembling a broken clock face, a lightbulb, various ceiling lamps, and a screen which displays "The Metaphysical Theory" by Samrux.

The design of this location was inspired by the fanart of Aquaerellum. The first digital render was drawn at the close of 2016 for a holiday celebration. 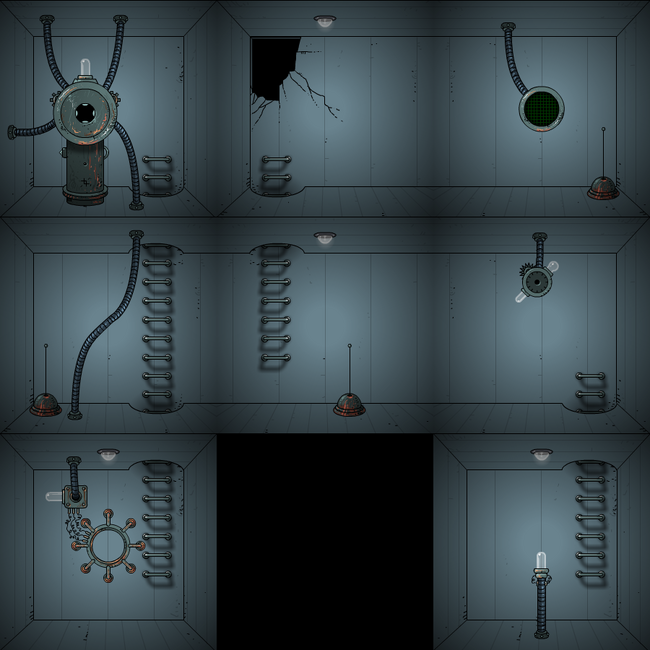