This article is about the location in Submachine 1. For other uses see basement (area).

Each room is colored differently, but all the rooms are made of the same basic paneling and floorboards. There are switches, pipes, consoles used to solve various puzzles.

There are different control devices for energy in this location, such as the valve and three different cylinders presumably to control the flow of the conductor, and also fuse boxes and different machinery.

At the end of Submachine 1, the player teleports to the infernal basement briefly before entering an elevator that takes them to the basement exit. From there, the player is transported via a concealed karma portal to the lighthouse dungeon.

In Submachine 10 the process is reversed: the player enters the basement exit from the lighthouse dungeon (via a now-exposed karma portal) and takes the elevator down to the infernal basement. However, the player must then work through the infernal basement to unlock a portal to the regular basement, which appears in the room housing a bubble device containing a tile.

When the player visits this location in Submachine 10, the rooms are spotted with moss, and most of the mechanisms are used or broken. Many of the items used in Submachine 1 can be taken by the player. 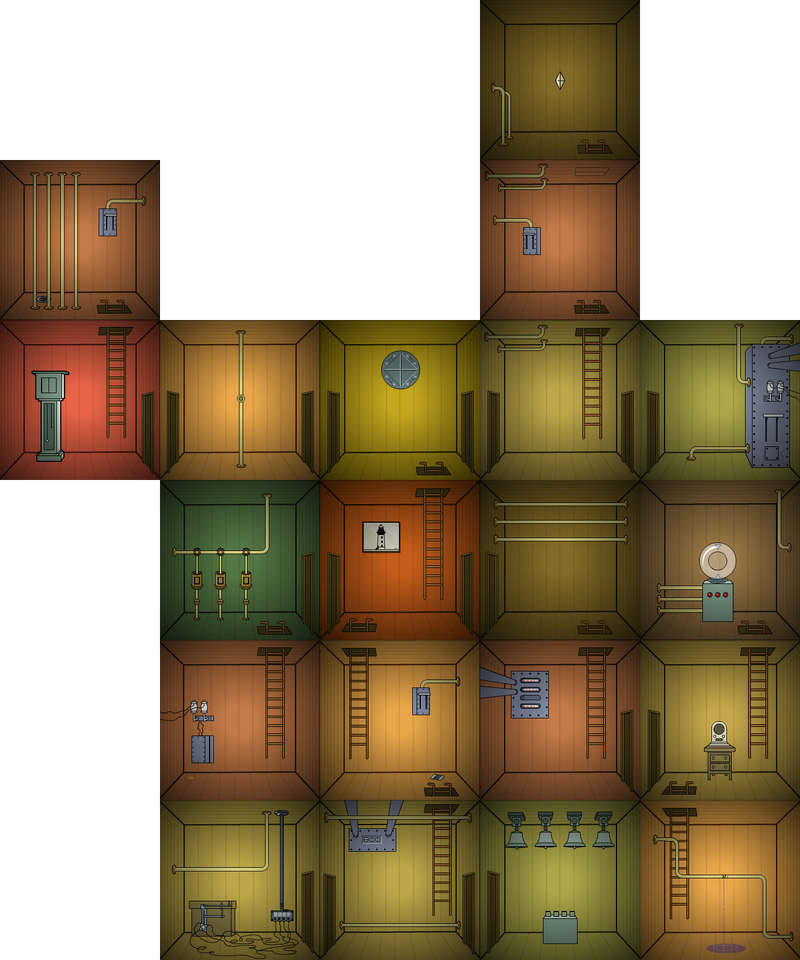 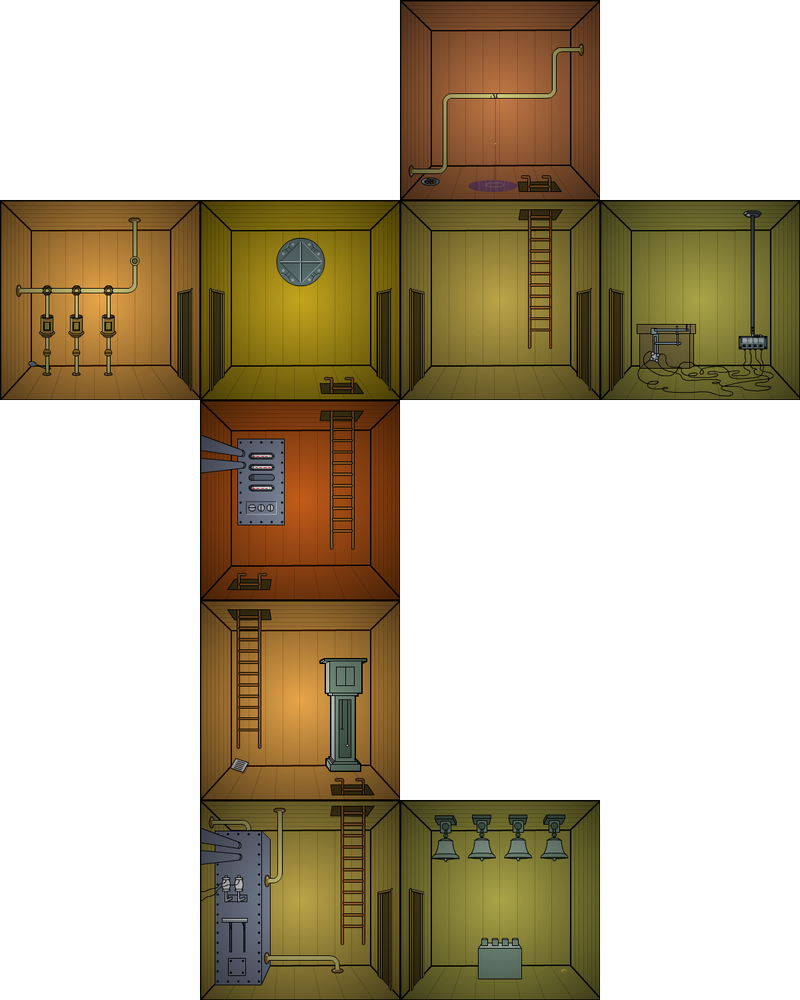 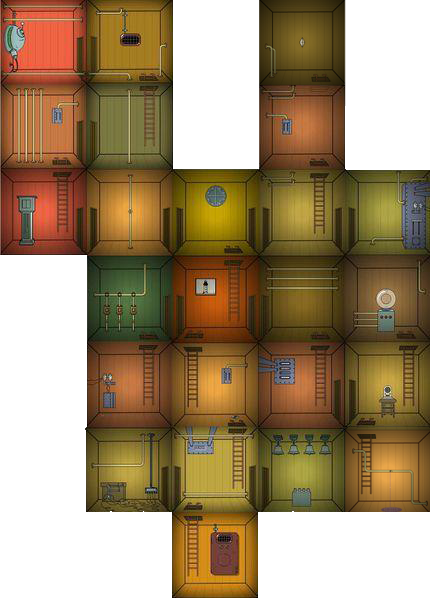 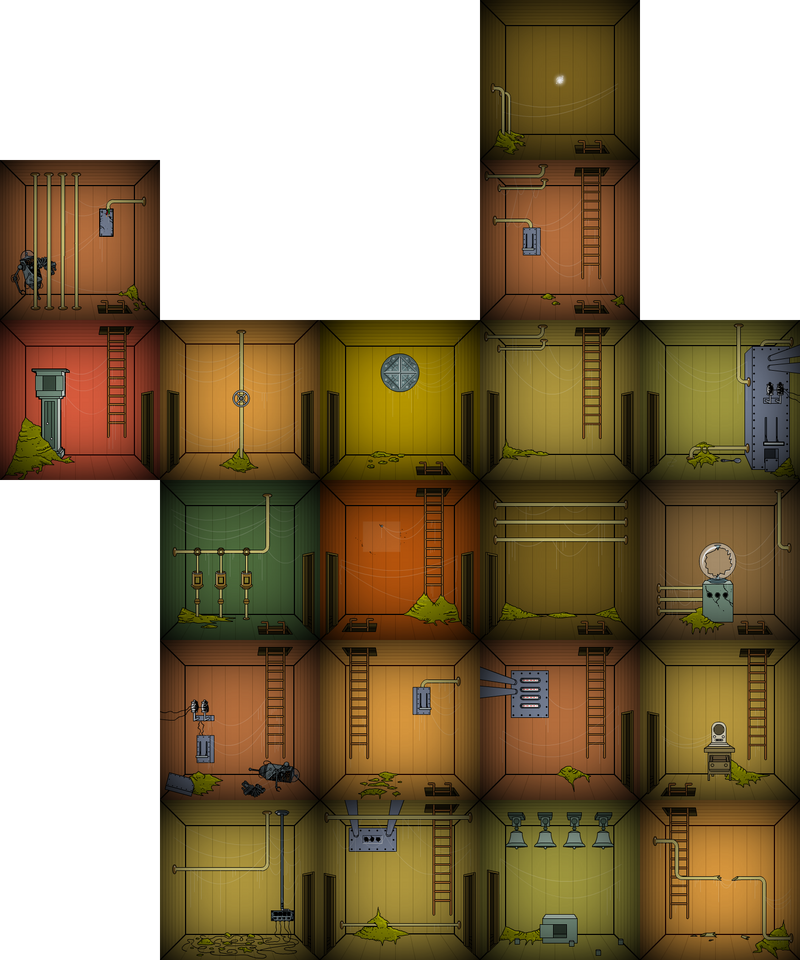 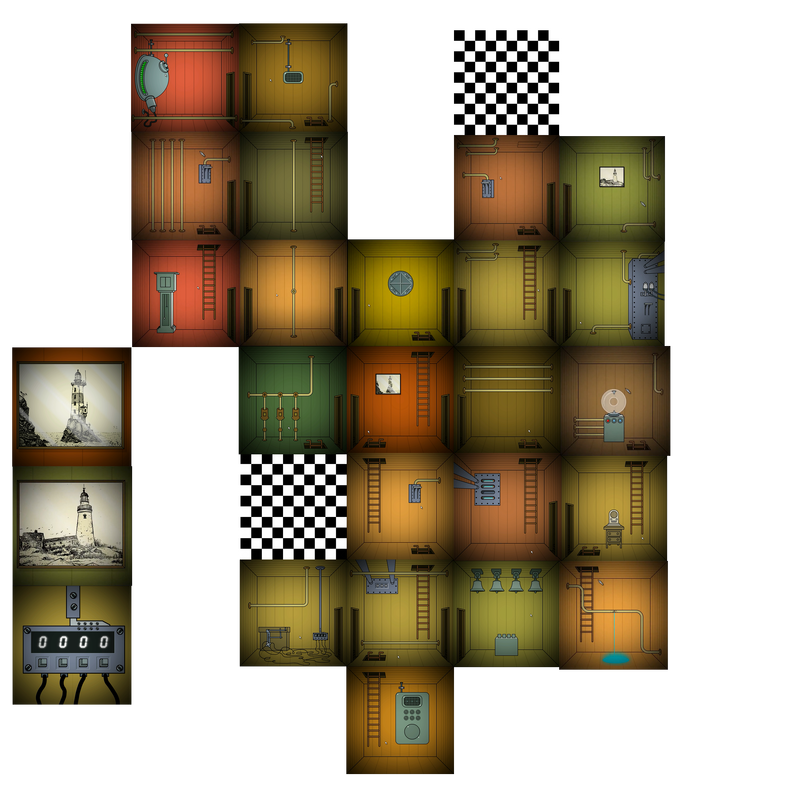