This article is about the location in Submachine 4. For other uses, see Basement (area).

The basement section is a location in Submachine 4: The Lab and Submachine Universe.

The basement exploration team was stationed in this area, in order to break an orb. This transparent blue disk can only be broken with the laser, a huge machine which spreads all over this location.

Unfortunately, the team broke their coil which was essential to charge and fire the laser, so they were unable to break the orb. Some of the members of the team sunk into depression.

The ancient section exploration team contacted the team about their discovery of a new location at the coordinates 551. Members of the basement team were unimpressed with the information.

Two days later Murtaugh visited the basement team and took the orb with him as they couldn't break it, and the team was never heard of again.

Much later the player visited the location and managed to use the laser to destroy the orb using a coil and a CD.

At a later time, power was cut out of the location, rendering all the equipment in it useless.

In this section of the basement, there is a laser, that covers most of the area. The machine covers three rooms at the lowest level of the area, where there are two rooms for two power units and one for the aperture.

There is also a charger which can charge coils when they become empty. Left and up from here, there is a mechanical grip which can hold a CD as a reflective surface. If the CD isn't held by the arm the laser beam will go straight through the roof. If the CD is held then the laser will be deflected by the disk and travel right to a room with a stone stand. An orb can be put onto this stand and the laser will cause it to shatter.

This area appears again in the SubVerse and looks the same, except there is no electrical supply and there is a blue display with the clue "-9-".

“Our coil is broken, and we don't have a replacement. It's useless. It's so useless.”
— Member of the Basement exploration Team 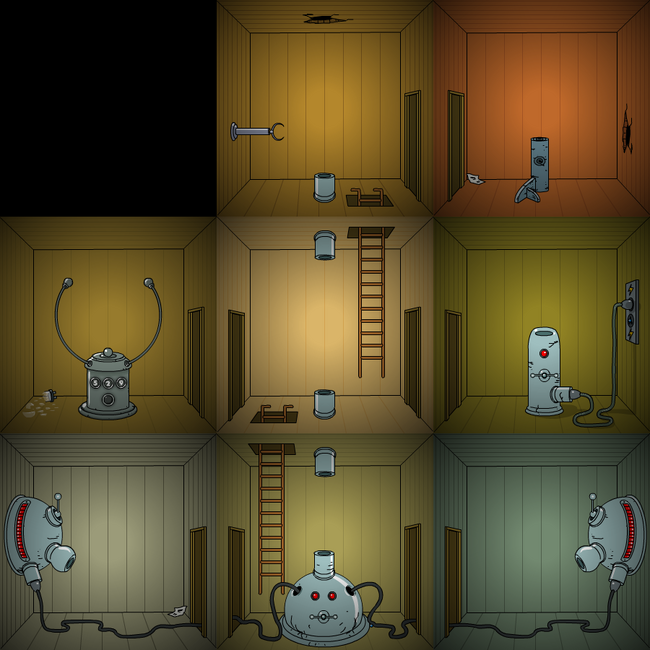 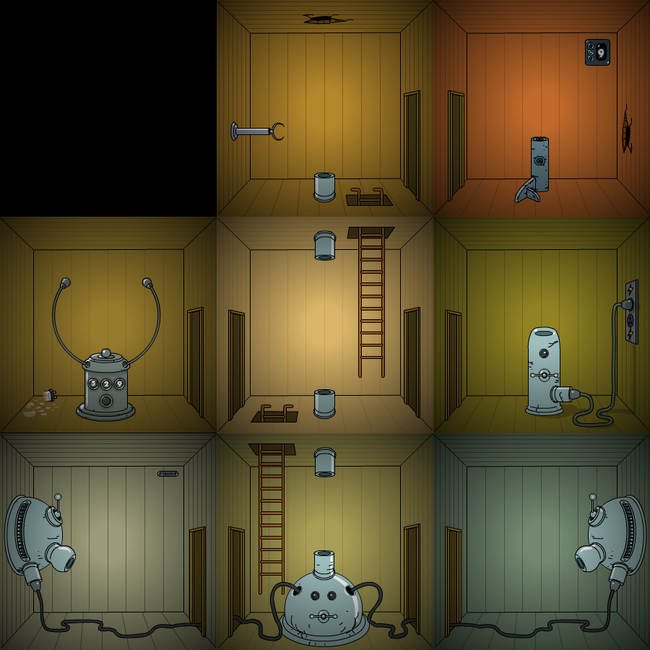