The brick room is a location in Submachine 4: The Lab and Submachine Universe.

The brick room was found by the ancient section exploration team when they started blind jumping between coordinates. This happened two days after Murtaugh had taken the orb back to the looping traps.

The basement exploration team made an alarming note: "[...] Besides that we got a message from the ancient section exploration team two days ago. I can't tell why but they started blind jumping and found new matching coordinates. 551, some kind of brick room or something. Like if it mattered at all. We won't see them again anyway."

Later the player visited here again and turned off the flow in the pipe in the SubVerse.

The area is a red/brown room made of bricks. The floor is also made of brown bricks. The room displays typical root architecture.

The right room contains a portal. The room on the left contains a pipe going through with water flowing in it. There is a switch to control the water flow in Sub4, but it is broken in the SubVerse. The pipe connects to the lighthouse digouts.

In the Submachine Universe, there is a beige metal plate in here that reads "THIS - 89". There is also a blue radio printer that has a theory by The Void. This theory clues to 747.

A screen watercolor picture made as a patreon reward taking place in this location. 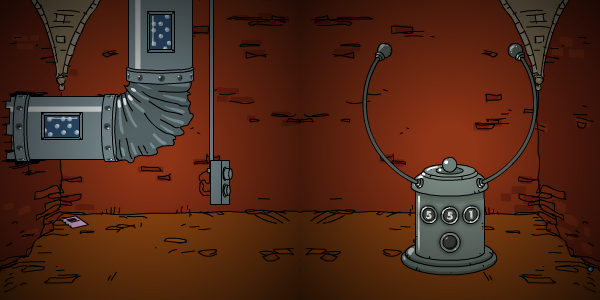 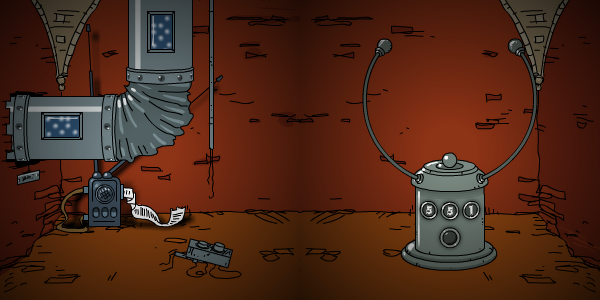