The interior of the Captain's ship is made of metal plates, much like that of Liz's ship. However, the walls of this ship are painted green and the ship itself is noticeably dirtier. The metal plates are covered in green moss and cobwebs, and are starting to rust. Various telephones installed on the walls are also beginning to corrode. The ship is made of circular modules connected by tunnels.

The ship contains a panel that, when the player puts in a triple A battery from the karma studies facility, opens up the door to the S3C area in the S.H.I.V.A. override section of the defense system corridors.

The ship also contains a hatch that can only be opened once the player inserts an ID card, which can be found at the top of the lighthouse. Beyond the hatch is a note and a portable light crown, which can be placed with a portable light crown converter in the right slot at the top of the lighthouse. In this part of the ship, a mechanism can be found that to calls the ladder used to access the Northern Garden docks, should it be moved out of position from underneath the ship.

On the left part of the ship, a room is equipped with a scope and 3 levers. Similar to the mover in Submachine 5: The Root, if the player pushes the levers forward, each will show a light in the scope pointing a 3-dimensional space. The levers will show the X, Y, and Z axis respectively. 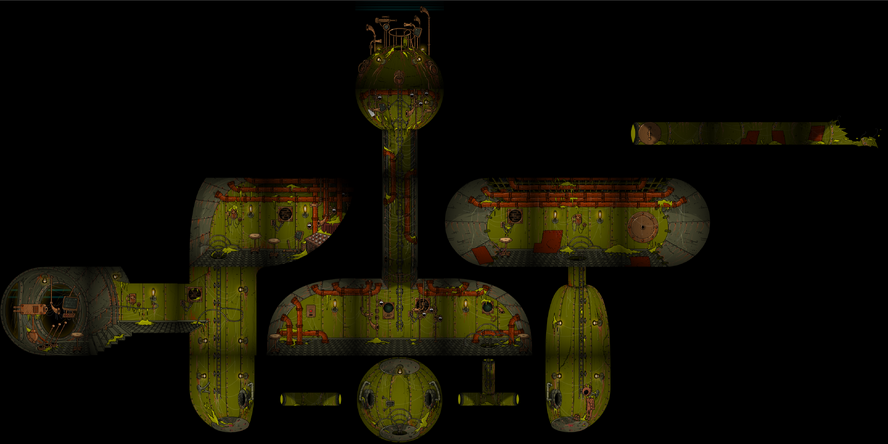