The defense system (or DS) of the subnet is located at and around the Edge. It is explored in Submachine 6: The Edge and in Submachine 10: The Exit. It was made by the Submachine itself during its constant evolution.

It is one of two parts that make up the system, a computer program that maintains the Submachine acting as a body for the artificial intelligence S.H.I.V.A..

For a long time it had been Murtaugh's intention to shut down the defense systems. He tried to accomplish this by sending explorers to the Edge, but they all died of dehydration and hunger, were captured by the protocols, or committed suicide.

In Submachine 6, however, the player managed to disable the necessary protocols to terminate the system. The player then revisited what was left and used the remaining power to shut down S.H.I.V.A. 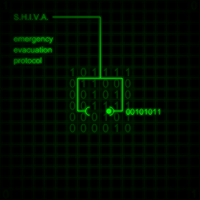 In Submachine 10 the player returns to the cliffs and disables S.H.I.V.A. via the primary defense systems by initiating an "emergency evacuation protocol". This is done by accessing two previously blocked-off tunnels and inserting plasma charges into a holder to unlock a gate.

The defense system acts in various ways to track down, locate, trap and possibly kill humans. It is implied this developed as a type of immune system to stop the humans from invading the Core after the Collapse and expansion of the Outer Rim. Ultimately, it failed after Murtaugh was able to bypass the defense system and invade the Core.

Most of the different mechanisms to carry out the duties of the DS are located in the Edge, and all of them are governed from there by the system. The system has various protocols it would use to control all the parts of the Edge complex, the most basic being the mainframe protocol 1-0 that allowed the system to function as a unit. These protocols could also be activated manually by using a connection pod in one of the many ports set around the Edge.

It is known that the sub-bots are also governed by the system, so it can be assumed that their duties are extended to the maintenance of the defense system. 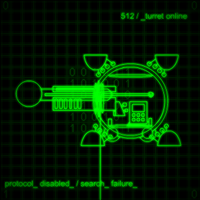 The SDS also includes electrical barriers, including the one protecting the mainframe terminal seen in Sub6. Were the SDS disabled for some reason, the gate is opened, so that the access to primary defense system is made possible. 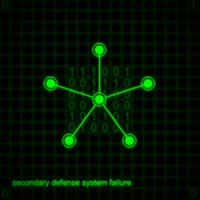 The primary defense system apparently consists of the mechanisms for finding and locating humans. This is governed by Protocol 1-12 or human recognition pattern tracking device protocol.

This protocol is most likely responsible for trapping humans inside the Edge, as happened to teammates of one of the player's predecessors and the player themselves. The program identified and tracked down humans with a programmed code.

“Sub6 will be about the edge and defence systems - I wasnt joking about those systems.”
“Defence system recognizes infested locations. Infested by portals and humans. With the lab location being the hive of all evil that's destroying the structure and murtaugh being a father of all this mess.”
— Mateusz Skutnik