The dimensional tomb is a location in Submachine Universe.

This area may be part of the temple underneath the pyramid from Submachine 9: The Temple. It consists of two rooms. In the first one, there is a karma portal stand that contains the karma portal that leads to the Escape from Jay Is Games room.

In the second room, there is a stone table which has a book that can be read in detail by the player with three magnifying instruments; a fourth is lying on the floor. The instruments show:

All of these pages are signed with the conjoined letters AW; hovering over them displays the name "Aiden Wylie".

Also, there is a lever rod to be found near the table. 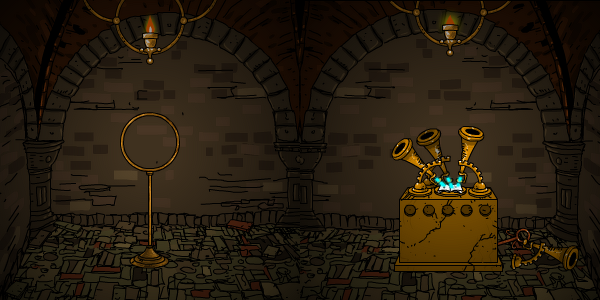 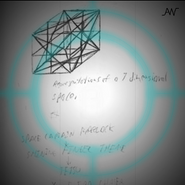 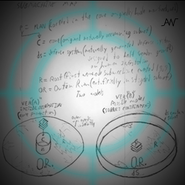 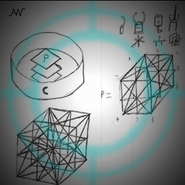 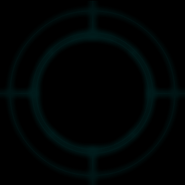