The Dock is the first-layer representation of the location in Submachine 8: The Plan, and it reappears in Submachine 10: The Exit.

The upper part of this area consists of a wooden catwalk with two machines on its sides, each one with an antenna dish seemingly receiving or emitting some sort of green light. A rope acting as a ladder connects it with the bottom part, which seems to be some kind of dock made of white stone to which an oval-shaped ship is docked. The inside of the ship, which is rusted in some places, seems to have been inhabited previously to the player's arrival.

Here the player finds the navigator, an essential device with which they can switch from one layer to another. There is also a beamer, which upon activated unlocks access to the cardinal mosque.

In Submachine 10, the rope ladder to the catwalk has been removed and a light crown leads directly into the docked ship. Inside the ship, the porthole in the right part of the ship can be opened, revealing the insulator cap.

The player can collect three ladder rungs to descend farther down the white stone block. The player can then drop down to a passage with a floor of stone tiles. Lion statues border the left and right sides of the passage, which contains items including a light sphere. 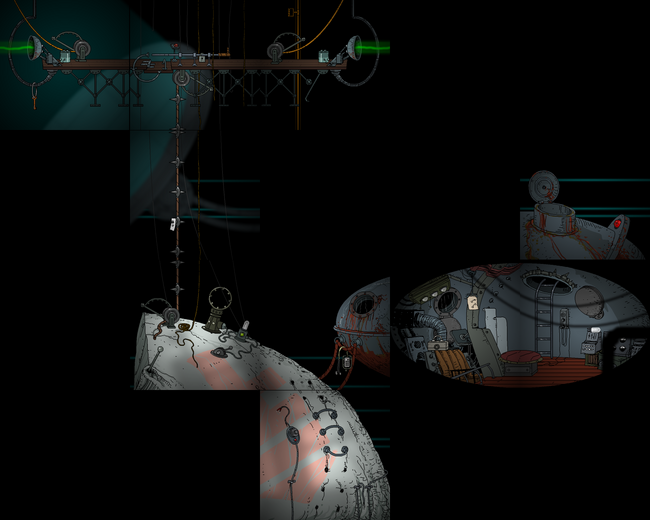 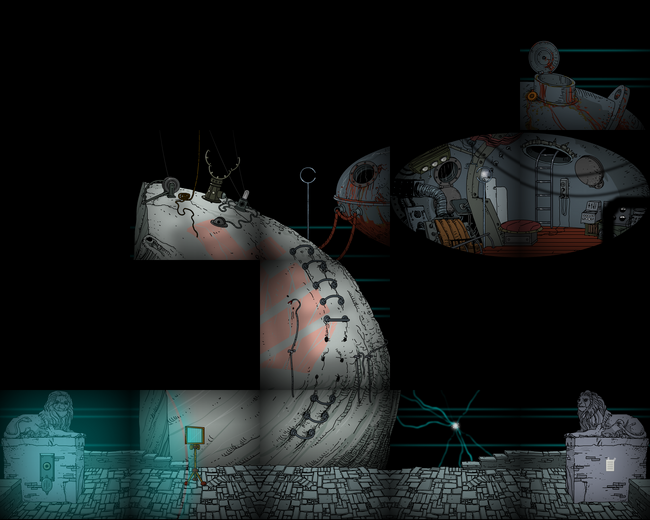