The gem harvester is a location in Submachine Universe.

The rooms are similar to those of the basement, but in a new color scheme: shades of magenta and purple. The room on the left contains a wisdom gem in a harvesting device. On the right, there are two broken pipes. One is dripping a liquid, and the other has electricity arcing between the break. If the wisdom gem is removed, the electricity will stop flowing. A note produced by a sub-bot beneath it says the energy pipe is broken and suffering a 20% energy loss. 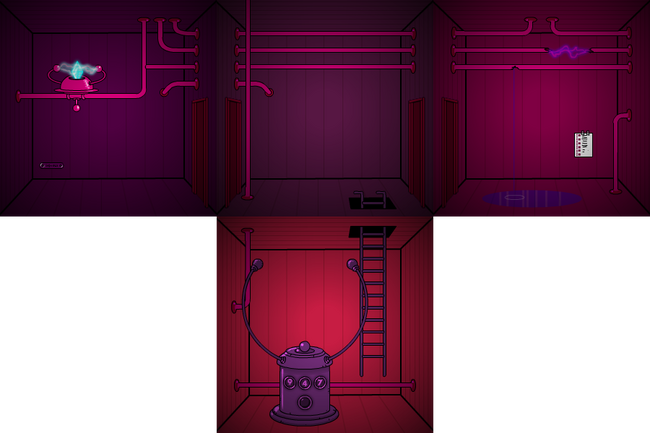