Lab facility #32_m is a location that is part of the Lab organization. It appeared in the Submachine Universe with its initial release.

The architecture is similar to that found in the lab from Submachine 5: The Root, with some minor differences. For one, there are lamps in this facility, similar to the one found in the mover. There are also steel beams surrounding the rooms. The wallpaper is the same dull beige as in Sub5's lab.

The doors are opened with buttons on the walls and lock tightly. The ladders are bolted into the wall, but the passage is more free than in Sub5, where the ladders were closed off by air-tight hatches.

There are eight rooms in total, split evenly between a working area and the bathroom.

There are four rooms in the working area. The upper-right one is almost identical to the starting room from Sub5. There is an alcove with a bed that hasn't yet been tidied. Under the bed, there is a pile of books and some unfinished breakfast. On the wall above the bed is a small, unpowered display with three slider controls. Above this is a large, square panel. Inputting the correct slider control combination after powering the long-range communication device at the mountain allows the player access to a switch behind the panel that opens the grate in the mountain's side. There is also a wheeled barstool in this room with a notebook and transparent tub of personal items lying on the floor. Left from here there is the entrance to the bathroom and a ladder to the lower floor. The door opens and closes by pressing the button.

To the right, there is a portal.

There is a bathroom area which is bigger than in Sub5 but has the same personal artifacts: toothbrush, towel, and slippers. The paper bin is almost full and all the drawers in the vanity are empty. Pressing the sink's faucet allows water to flow for two seconds. There is a toilet with paper in the room below, but no bathtub or a shower. Unlike Sub5, the soap seems slippery, and after falling to the floor can then be added to the player's inventory.

In the bathroom area, there is also a power control unit, much like the one seen in Submachine 2: The Lighthouse. The three switches on it control the power to (from left to right) the computer, the portal and the lights.

In the early stages of the project, Mateusz Skutnik said that there would be a lab unit that would include a computer and some coordinates. He also stated that the coordinates for this location would be 000. 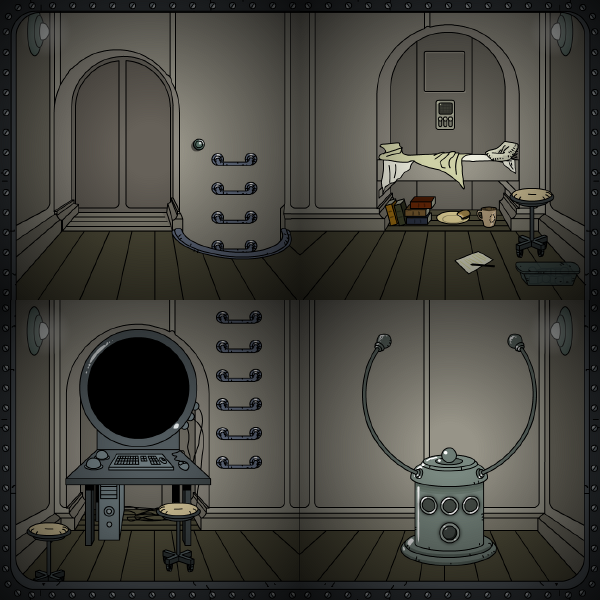 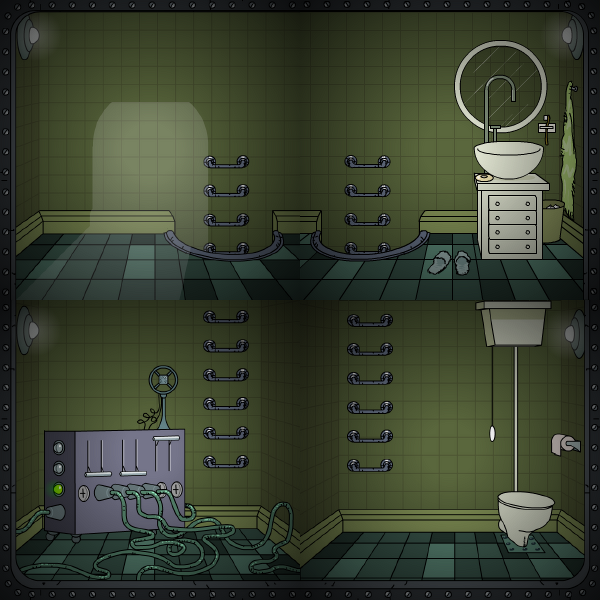