The concept of layers (sometimes used interchangeably with the word "dimensions") was introduced in Submachine 7: The Core and expanded greatly in every main series installment afterward.

Layers of reality can best be described as "versions" of the subnet that occupy the same physical space. The reality presented in the Submachine series suggests the presence of seven distinct layers. Layers are unique in that they are usually separated by clear distinctions in architecture, physical structure, and sometimes temporal structure as well. That is, one unit of 3D space in the subnet can be presented in seven main forms, each of which may contain completely different building materials, items, objects, and devices. Timelines in one layer may also be more advanced or less advanced compared to that of other layers.

While there are seven main layers, an eighth layer is also present. The eighth layer has properties that allow parts of it to freely flow between the other seven layers. This is described in more detail below.

The so-called "arrangement" and act of visual conceptions of the layers, whether as a separate "dimension" or otherwise is not well explained in the series.

"Layer n", where n is one of the layers, is colloquially shortened to "Ln" during discussions on the matter. For example, "layer 5" would be shortened to "L5".

Each layer is comprised of an infinite number of sublayers, which are not well distinguished from their "parent" layers other than that they allow the transfer of organic material to travel further within a single layer. If the organic material in question is humans, this can lead to people "disappearing" to an observer as they travel to different sublayers, or indeed if they travel to another main layer altogether.

The concept of layers is the crux of the Plan, which is an overarching goal of non-playable characters in the series. The Plan's goal was to successfully integrate seven different versions of a space into itself, and expand this space to create a physical database as large as the Core. The original intents for this database suggested by the Plan are not known, characterizing the mystery of the subnet's existence.

Various locations and areas in the subnet have only been experienced by the player in one or two layers, most likely as a result of an event called the Collapse, where instability of karma in the Subnet led to the destruction of the Plan. However, there are yet other places where one location shares all seven layers. This is evident in such places in the Core such as the Knot, where in addition to having all layers present, the architecture structure is retained between layers. An example of a location is the temple, which resides in all layers and each layer appears almost visually identical to the next. Only tiny details differ from one another in specific cases. [1] It was revealed in Submachine 9 that the temple was not only part of the Knot but that the Knot was the only existing place left where all seven main layers were united, especially in this way.

A note in Submachine 8: The Plan suggests that not all of the layers were formed in the same way, going as far as to suggest that the third layer was a "copy" of another layer. [2]

In Submachine 8, the player gains a device called a navigator which is used in conjunction with beamers to travel from one main layer to each other without changing their geotag (i.e. without spatial movement). The beamers are used to connect different layers with each other, while the navigator is the actual device used to change one's layer. This seems to be the principal method to traverse the layers.

It is interesting to note that in order to use a navigator, wires must be strapped to the player's head, suggesting that the actual method for interlayer travel is somehow related to the electrical signals of the player's brain.

Karma is an energy source that is used in special building materials to create "anti-structures", which are structures that have the special properties of existing in multiple layers at once and also resist local gravitational forces. Examples of anti-structural building materials have been seen in the Winter Palace and the pyramid. It also exists in a liquid form known as karmic water, which physically exists on all layers at once.

The specific properties of karma relating to interaction with one or multiple layers are not currently known. It is heavily theorized that karma and karma portals (a form of energy field that allows for rapid spatial transportation) may use multiple layers for their purposes to be carried out.

Binary portals are special machines that transport the player to different layers. Each one is specially designed to represent the architecture that characterizes the layer in that spot. These are found in Submachine 10: The Exit.

Since the layers occupy the same space, they are in a state of superposition. Below is an example of a screen in the pyramid where all eight layers are present and showing identical structure, save for one object changing form between layers. The below screen and its representations is the only observed screen in the entire Subnet with such properties; other spots in the Knot such as the rest of the pyramid and the temple have identical architecture, but do not contain objects unique to each layer. 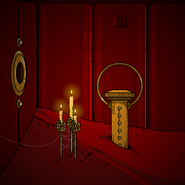 Layer 1 version of the screen in Sub9. 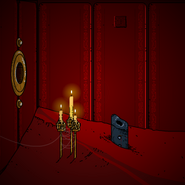 Layer 2 version of the screen. 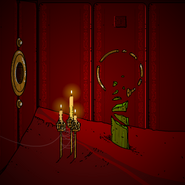 Layer 3 version of the screen. 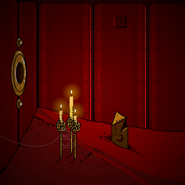 Layer 4 version of the screen. 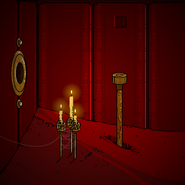 Layer 5 version of the screen. 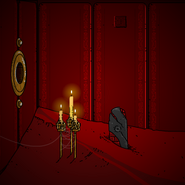 Layer 6 version of the screen. 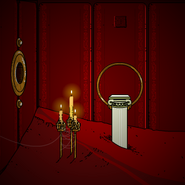 Layer 7 version of the screen. 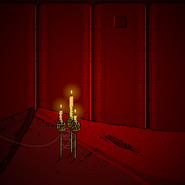 Layer 8 version of the screen.

Below is a short description of each layer, including known origin stories and unique properties.

Layer 1 or the first layer is considered to be the first layer within the subnet. How the layers are given numbers 1-7 is not particularly known.
Layer 2 or the second layer is another layer out of the seven. In itself it has revealed no special properties. However the second-layer version of a division of the subnet called Sector 9 contains a location with a monitor that gives the player the first concrete information about what the Plan involves. The screen filters can be seen as the pictures that accompany each of the layer subsections on this page.
Layer 3 or the third layer is the "home layer" of Murtaugh, from which he originally came from. This layer is unique because it is thought by unknown characters that this layer is "copied" from another, and that the third layer is damaged beyond repair. [2]
Layer 4 or the fourth layer has no confirmed special properties or characteristics.
“one thing bugs me. you all think that layer 5 will be "far away" like you could measure distance between two layers of reality. I think the distance is not the point here.”
— Mateusz Skutnik

Layer 5 or the fifth layer is a layer of considerable interest.

Many people who follow Murtaugh seem to consider the fifth layer to be of particular importance. It is the layer Murtaugh headed to through the large karma portal seen at the end of Submachine 7. The player used the same portal, but a sudden change in direction led the player to the first layer instead.

Elizabeth also voiced a need to travel to the fifth layer to prepare for an intervention at the Knot. Presumably the fifth layer has more locations and pathways to reach the Knot.
Layer 6 or the sixth layer has no confirmed special properties or characteristics.
Layer 7 or the seventh layer suggests the possibility that the layers may not share similar timelines, as hinted at through the Bamboo town, the L7 version of Sector 9. In this section, which is an ancient village, a note details Elizabeth visiting the village and activating the beamer in the area. The contents of the note make it clear that the people of the village were not technologically advanced to understand what she did, so they worshiped her as a god, leading to the inference that the layers do not follow the same concurrent timelines.
Layer 8 or the eighth layer, also called Layer of Time and Layer of Light, is the "freefloating" layer that is "not stable" like the others. The time in this layer is frozen, and the friction caused by external beings in this environment causes the particles to produce light. Since the eighth layer is considered as one that can "float" among the others, individuals who are in the eighth layer are separated even further mentally and physically from individuals in other layers. Individuals can still communicate with each other across layers; however the ability to do so is severely impeded. Notes discussing the eighth layer claim that this ability is completely removed altogether.

Layers are known by name, but each layer can also be assigned a certain coordinate for either programming purposes or shorthand use.

In Submachine 8: The Plan and Submachine 9: The Temple the coordinate codes are given as a set of 7 letters (8 in Submachine 9 after acquiring the eighth layer button). The letters used are O and I (where O represents the current layer and the Is are placeholders). The navigator is the device used to switch layers.

It was thought for some time that the binary portals and their coordinates had a one-to-one correlation with the eight layers. It had been suggested that the binary system present in Sub10 follows the real-world binary code for the numbers 1-8. A counter-theory had also been produced that the binary system arranges the layers based on a "natural progression" throughout the game. Both mindsets have been disproved by Mateusz Skutnik in a forum post where he said that the arrangement was more random.[3] He also used the note to explain that the binary coordinates were not used to distinguish layers at all, but instead to distinguish which game each coordinate's connected karma portal location came from, as such:

Therefore the binary coordinates are not meant to be indicative of layers, but they can still be matched up. However whether the layers are matched up with the coordinates one-to-one or if multiple layers are present in this binary system is yet to be clarified, so the binary portals are not used to distinguish layers at this time.

It is a common belief that most of the locations seen in Submachine Universe all fall into one layer. However it is not known which layer these locations belong to.

A list of the locations and representations known to a certain layer are given below. Each game column lists the confirmed locations/representations found in that layer for that game. 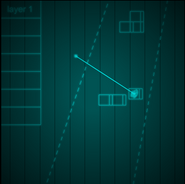 The player leaving Layer 1 at the end of Submachine 7.