Level 11 is the eleventh and final level in Submachine 3: The Loop.

The rooms exhibit typical loop architecture, and the lighting is a cool viridian color.

A note from Murtaugh is taped right below the passage-machine. It instructs the player to find a green leaf and bring it to a statue in (-12,9), ignoring.

The area is also surrounded by a puzzle that involves many colored bars that contain liquids which can be raised and lowered to various levels.

Unlike the other levels, this level has two solutions: the good way and the bad way. This determines the final ending of the game, making it the only Submachine game to have two endings.

The good way can be done by following the note led by Murtaugh, searching all over for a green leaf. The leaf appears randomly in any of the eight rooms adjacent to the origin (0,0). The leaf is to be brought to room (-12, 9) and used to power a statue, letting the player escape the loop with a message appearing on-screen saying "See you at the lab", a reference to Submachine 4.

The bad way is to ignore the note's warning and solve the puzzle. There are four rooms; two of which have three gray bars each and two have letters and numbers. In (-1,0) there are tally marks scratched into the wall and two sets of three letters. The first is RYW and the second is BPG, and each set of letters points to one of the two sets of bars. The letters stand for colors, for example, R=red, G=Green and so on. The colors should match the numbers, so if R is the first letter in the three-letter code and the first number is two, then the red bar should be clicked twice. Clicking on the lever will make the player fall endlessly and give a "You died of dehydration" message.

The SD version of this level has colored bars instead of gray bars, and (-1,0) was free of tally marks and letters. However, like Level 9's puzzle, this was changed in the HD version to accommodate people with colorblindness. 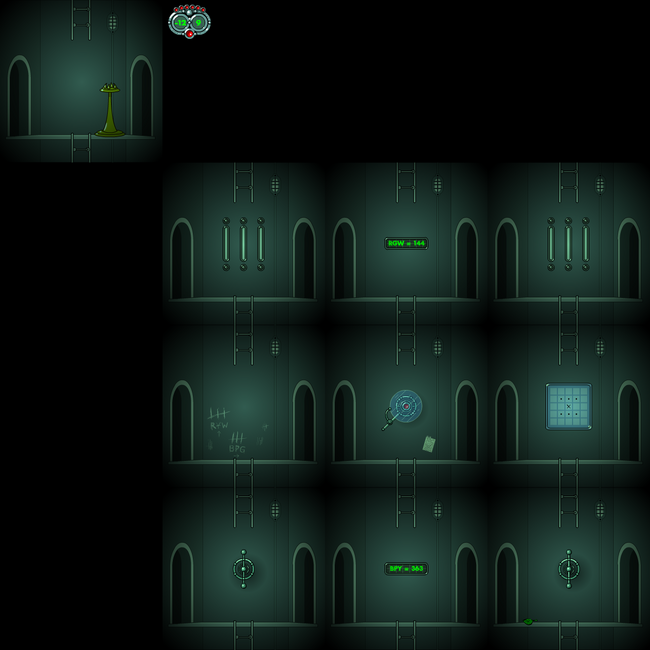 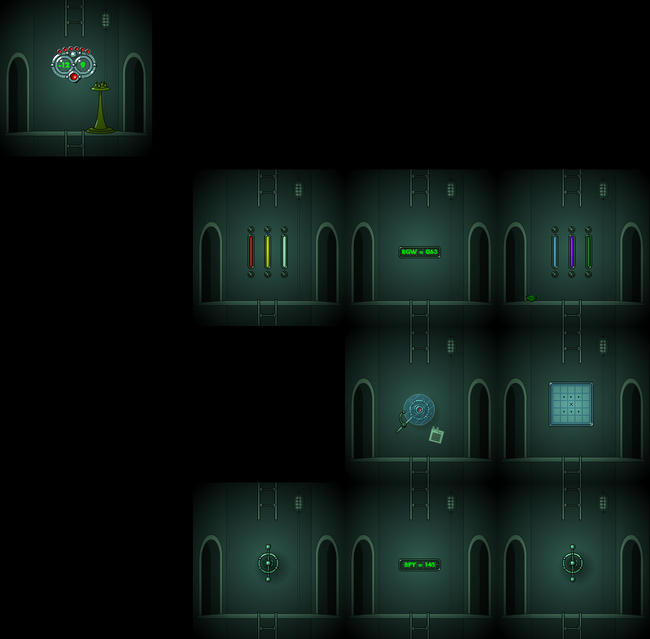