Liz's ship (aka "Elizabeth's ship") is an area in Submachine 7: The Core.

The ship seems to have been Elizabeth's base for a while. As such it holds some records of her communication with Murtaugh and possibly other people as well.

When Murtaugh and his troops invaded the Core, they brought weapons with them and shot holes in the walls of the area. Liz managed to lock herself into one cabin, from where she escaped with an escape pod.

Murtaugh, however, managed to get in by creating karma portals and created a giant portal to layer 5.

The walls of the area are of yellow color and the pipes are a rusty red color. There are pipes and huge windows scattered all over the place.

This is where the capsule is stationed. Below the deck is a small compartment with a karma portal that leads to the super secret bonus section, sealed by two grates. A ladder leads to the main deck.

A large room with a desk, a couple of armchairs and some portholes in the wall. The ladder to Elizabeth's cabin is initially blocked off by a forcefield emitter.

A small study with a couple of desks and armchairs. The ceiling is curved, like a huge submarine. The left wall is destroyed by a large karma portal and there are bullet marks all over the place. 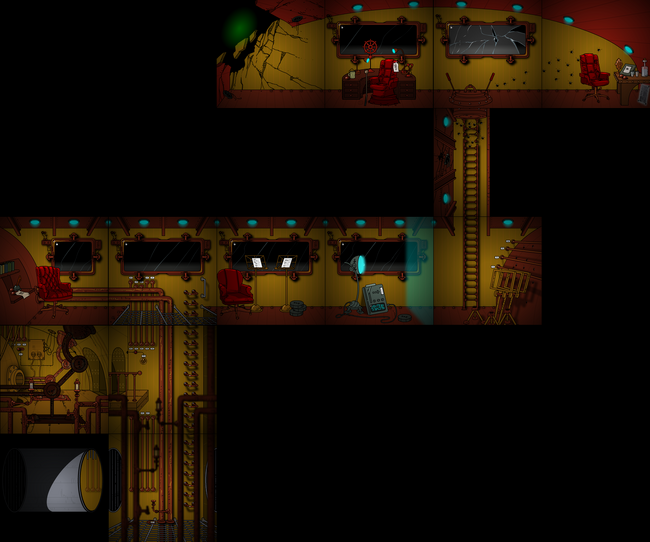 Retrieved from "https://submachine.fandom.com/wiki/Liz%27s_ship?oldid=50103"
Community content is available under CC-BY-SA unless otherwise noted.