A location is a group of rooms in the subnet.

In the hierarchy of classification of physical spaces in the subnet, a location consists of one or multiple rooms. Rooms consist of one or multiple screens. One or more locations of similar structure and function can exist within a given region, usually known as a submachine.

A location typically consists of one or more rooms that share common architecture, purpose, and function. Locations are typically labeled with any system of coordinates, and many locations are known to exist in specific layers.

Locations exist in all games of the Submachine series and are found in submachines such as the Root, the Core, Sector 9, and the lab.

The following is a list of all locations found in the Submachine series games. Maps of each location can be found here.

731-Escape from Jay Is Games room 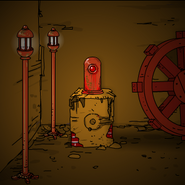 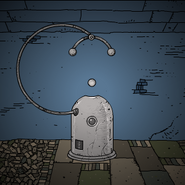