The looping sphere is a location in Submachine Universe.

The location is different from the other coordinates because all the rooms are circular spheres, and every time the player transitions to another room, the rooms are generated in a random loop. There are four different rooms.

One room contains the portal.

The other two rooms contain two posts that hold a wisdom gem. One such gem can be found in one of the posts. If it is removed from one post, the portal will lose power. However, if it is put into the second post, the screen that shows the theory will be powered on. As such, either the theory or the portal can be powered on, but not both at once with one gem.

As the rooms loop randomly, this map only showcases every unique room and does not necessarily reflect any sort of layout in which they may appear. 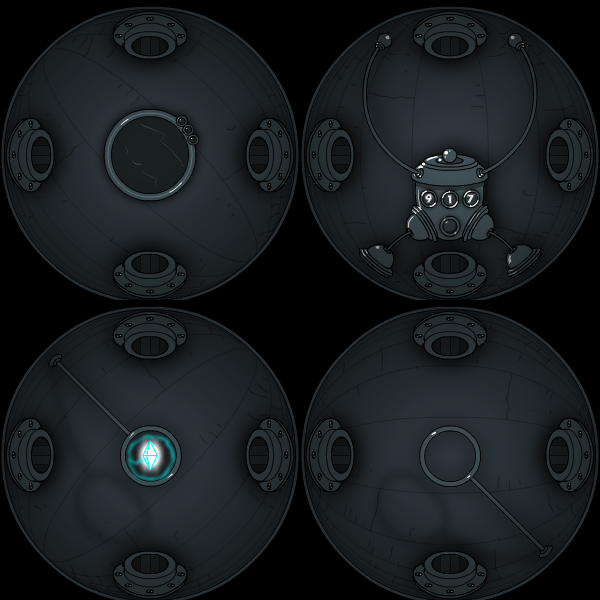 The design of the room with the portal is later used in the capsule in Submachine 7: The Core.