The pipe room is a location in Submachine 5: The Root. It connects to the lighthouse from Submachine 2: The Lighthouse.

This section of the root is made of the same type of orange brick found everywhere else in the Root and the lighthouse dungeon.

This section of the Root is home to a very old pipe device that stores air pressure and ejects metal caps after the air pressure inside it becomes too great. This explosion can be heard from the symbol room after turning the valve. The pipe had three (possibly four) metal caps which rather look like the bells in old alarm clocks. One of them was shot into a brick door with such force that the door shattered, opening a pathway between this area and the lighthouse dungeon. 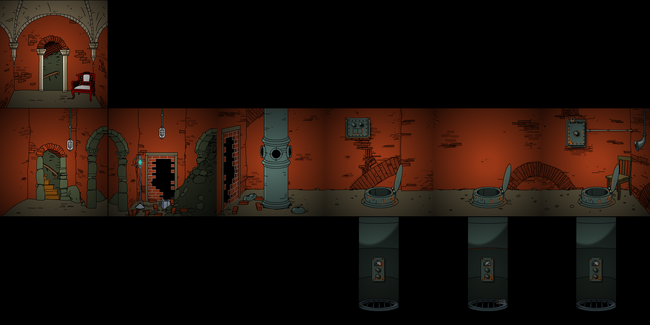