The resin mine is a location in Submachine 10: The Exit.

The mine consists of a series of small interconnected underground cavities, connected to the surface by a bore-hole made by a drill. The drill can be lifted so that the player can get into the mine. Like most locations in Submachine 10, parts of this location are covered in red resin.

Red resin-like substance surrounds a pit that has a floor made of unlaid stone tiles with the void in the background. A large drill that requires two levers to operate is constructed around the entrance to the mine. The mine itself can be navigated by way of pale, narrow tunnels that contain metal portholes at various locations. Some sort of yellow mineral can be found in most tunnels.

Two of three range confirmators required to open the passage to a karma portal are scattered around the tunnels. All three confirmators can activate a machine that unlocks a mineral deposit once they are placed in their proper slots.

A karma portal in a stand leads to the research base's rooftop. The portal is found in the mineral deposit. 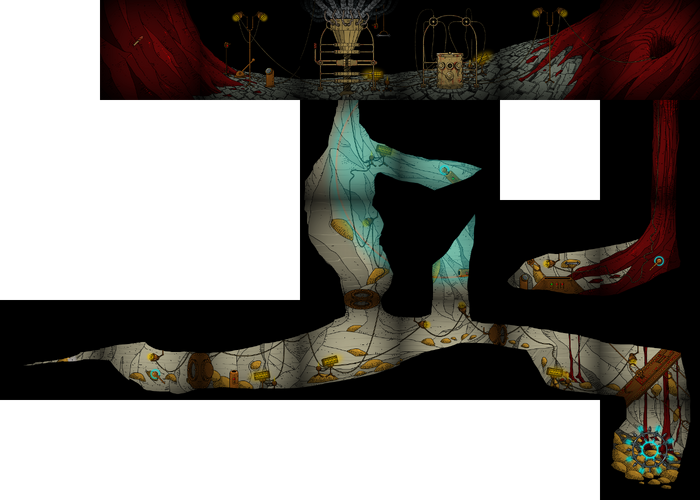