The root base is a location in Submachine 5: The Root.

This location features typical Root architecture, but the portal is located in an exterior section with teal colored rocks and rushing winds, as well as excavation lamps. A short tunnel connects the two parts.

In the main game, the player reactivates power by inserting an electrical plug into a hidden socket. In the SubVerse, the lights outside glow a bright blue. If the entrance is crawled into, the plug is still in the socket, but darkness cuts off the ladder leading down to a karma portal to the gate sewer. Behind the lab portal, there is a stone ladder that leads to a karma stand. This can be activated with a karma vial (found in the ancient section) to open a portal to the edge filtration corridor.

In the interior, a transporter serves as a (0,0) location for the local network, meaning that no cipher plates have to be inserted in this location.

An observation room was added to the base sometime during the 1950's. For some reason, the entire Root was apparently abandoned.

Underneath the cipher plate lockers is a panel that reads "THIS + 439", which clues to 992. Next to the cipher plate box in the top floor is another box with the horizontal lights, the leftmost light lit, and the number 8. 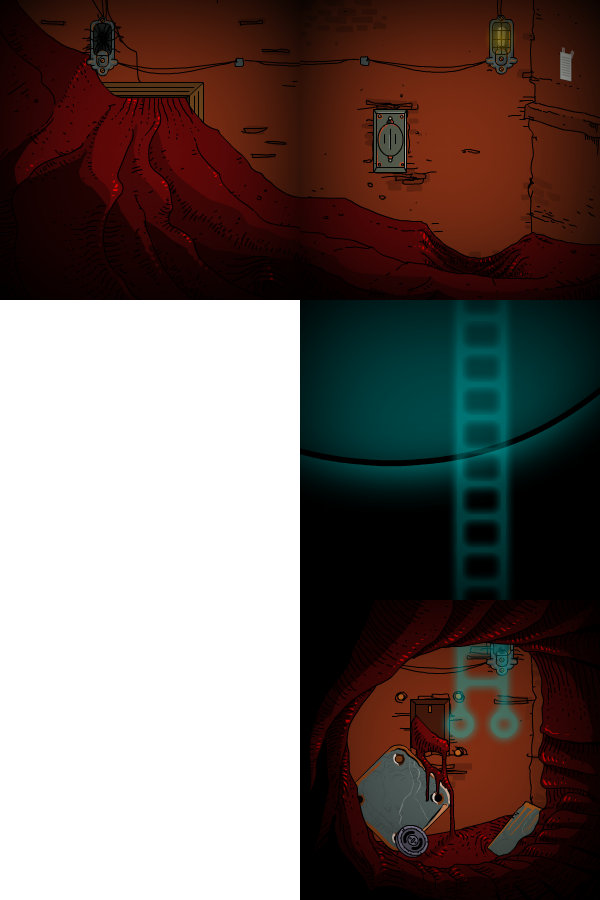