On October 23, 2009, Mateusz Skutnik released a sketch of Submachine 2, showing what the game was originally going to be like. The game plays like most room escape games do, containing just a few rooms where the player could view multiple angles of the same room. Purely experimental, this dynamic was never used in all future Submachine games, where only one wall or view is shown for each room. Another navigating feature which was never used in future Submachine games is the first-person view while gradually walking up a flight of stairs.

The player starts with an inventory of a light bulb, movie memory, copper key, wisdom gem, and with 0/7 secrets to find. Being purely experimental in nature, many things in this game would never make it to the final version, most notably the metal box device with antenna-projector which beams light onto a wall of a flickering, usable door which can transport the player to another room. One of the main things that is found in the sketch, but not found in the final version is the "blood door", which is a locked door with blood spilling from underneath. When the player zooms in on the blood and zooms back out, a message appears on the wall next to the door in blood: "=C". If the player again zooms in on the blood and then takes the cogwheel, the next part of the message will be shown: randomly either "2=C" or "3=C". The player can also zoom in on the light above the door, revealing one of its two screws can be turned slightly. Along with the “=C” clues which are left unused in the game, the picture of the lighthouse can be zoomed in to show the familiar, randomly generated 3-character - 3x3 dot symbols which are seen and used in the final version. Although the necessary inventory items can be plugged in, and the movie viewer powered on, no motion picture is generated by doing so. The third key, titled "Bronze Key" does not unlock anything. After unlocking the door required to exit the game, and being shown a dated message from Mateusz Skutnik, the player can go back into the game to continue exploring if they choose to. 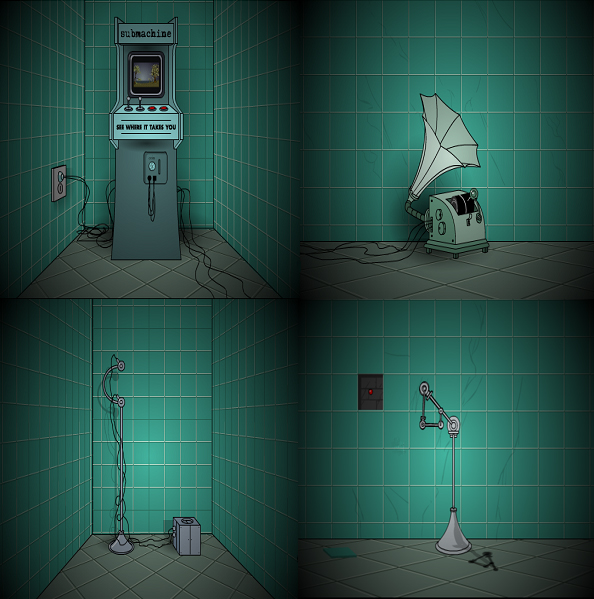 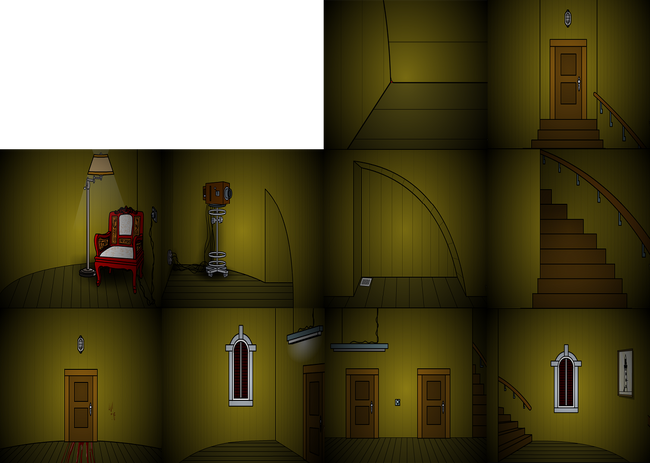 Retrieved from "https://submachine.fandom.com/wiki/Sketch_of_Submachine_2?oldid=51745"
Community content is available under CC-BY-SA unless otherwise noted.