The snow room is a location in Submachine Universe.

This location features brown walls and small barred windows. Copper pipes adorn the walls, and some carry lamps, one of which is bent. A karma portal to the research base has destroyed some of the bars in the windows.

The floor is covered in snow, yet a fluorescent plant still manages to grow in the left screen. The plant resembles a small spruce tree. A valve is half-buried in the snow below the tree. 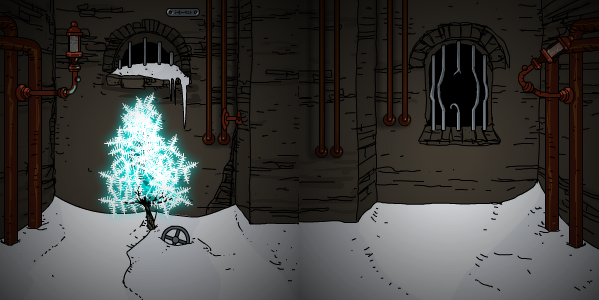