The stone room is an area of the Subnet with the coordinates 192. It was first introduced in the version 3.0 of Submachine Universe, the 26th of January of 2013.

The stone room is a small, three-roomed area with dark gray metal walls. The first room is empty except for the portal. The second room has two pipes running across the top of the room, a speaker suspended from the ceiling, and a circular, orange, hatch-like door which leads to the third room. The third room is a small, globe-shaped space with rusty orange walls and a karma portal leading to ptl.

An image of two knives is carved on the wall of the second room - like the identical picture in 006, hovering over it reveals the text "TRIUMPH". 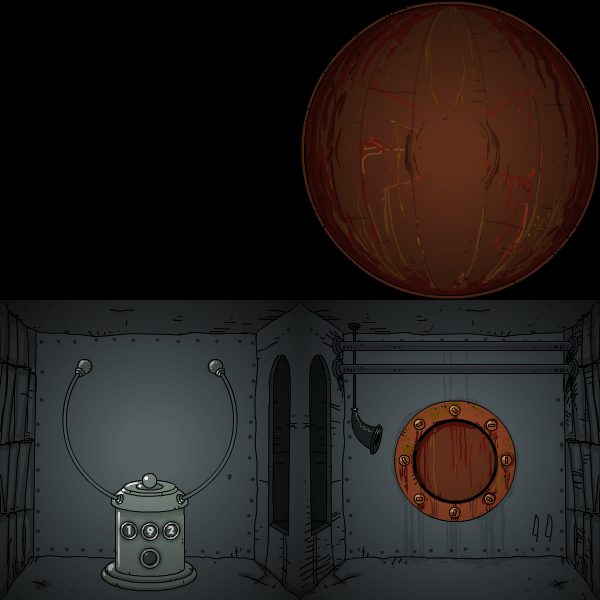