Storage unit 32/1 is one of the royal storage facilities in Submachine 10: The Exit.

The rooms have red wooden planks for the ceilings and red slabs of blocks for the floor. The walls are made of bricks in varying shades of red. Each room is lit by two lamps placed on opposite walls over the doors. A red metal ladder leads to rooms both above and below the first room.

The order of the rooms is totally random. The landing room contains wooden planks tied together.

One of the rooms contains a box, a pipe, an excavation lamp, and a busted projector. The middle wall contains four slots to fit four karma fuses.

One of the rooms contains three wooden planks and assorted containers of different materials. It also contains a karma fuse.

One of the rooms contains various containers, a vector finder, planks, and a ladder.

The last room bears a copper panel on the wall that conceals a loop stabiliser, two chairs, and a movie viewer.

As the rooms loop randomly, this map only showcases every unique room and does not necessarily reflect any sort of layout in which they may appear. Every exit leads to any other room at random. 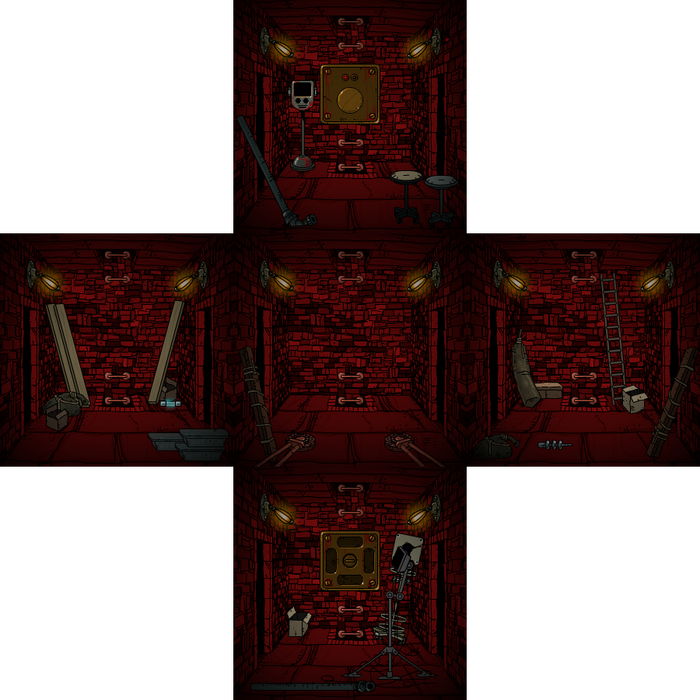