Storage unit 33/3 is one of the royal storage facilities in Submachine 10: The Exit.

The walls are made of light blue wood panels, and the ceiling and floor are made of darker blue wooden panels. Rather than being in the center of the room, the vertical ladders are situated in the left back corner of each room, with copper branching rungs. In the upper right corner of each room, a light situated in a rusted metal holder aims toward the center. The holders resemble the security cameras found in the quiet rooms and the prison cells.

The left sequence of rooms contains various containers, a note, and a metal panel that operates switches found in the other three directional sequences in this area.

The top sequence features the first of these switches as well as various chairs.

The right sequence features a fuse holder and the second panel switch, among other things.

The bottom sequence features the third panel switch and the resulting panel that is unlocked after all three switches are activated.

The area loops. Movement behaves as normal when moving between any of the rooms as they are mapped below.

Moving to an unmapped area off the end of any row or column (i.e. the third consecutive step in a single direction) returns one to the entrance.

Moving to an unmapped area off the side of a row or column is treated the same as if moving one step from the entrance. For example, moving left, up; or left, left, up brings one to the room above the entrance. 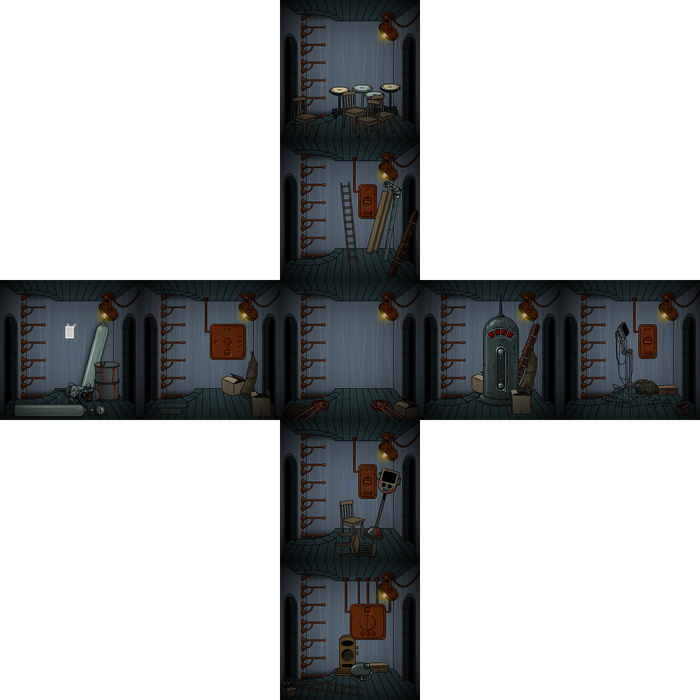