This game takes place in the fifth-layer version of Submachine: Future Loop Foundation, as stated by Mateusz Skutnik. It is unknown whether this game takes place before, after, or during SubFLF. The plot to FLFHD is very similar to that of SubFLF. However, any references to Future Loop Foundation (the band originally promoted in the first game) are removed and the game contains more references to the Submachine Universe. The unidentified player (not necessarily the main player) wakes up in the ward similarly to SubFLF and travels to the memory bank. It is noted that the HD versions of these locations are different from the versions found in SubFLF.

Along the way the player notices pictures and objects that evokes past memories that belong to an unspecified person before solving the final puzzle.

In addition to slight lighting and shadow improvements, more rooms, items, and puzzles have been added to the locations. 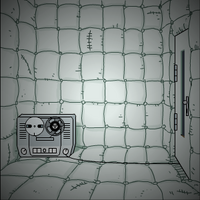 This area consists of an isolation cell as those used to lock some patients with severe mental illness. It is fully padded. Outside are abandoned-looking rooms and an area which suggests that the game is set in a part of a prison. There is a projector that can be used to arrive at the memory bank. 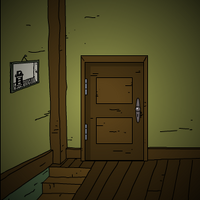 This area is where the player comes after viewing the slide projector, and is filled with real images of family members. By solving various puzzles, the player can finally see a movie and apparently able to recover their memory.

On December 8, 2014, Mateusz posted a Facebook update explaining that he was almost done with the "redux version of Submachine: FLF"[4], calling it "basically a new game". He responded to the following post confirming that the game would include real-life photos like the original SubFLF.

On December 13, Skutnik stated in another Facebook post that the game would be released on Monday, December 15 at around 8 am CET[5].

The game was released on-schedule and is available for $1.00 through Skutnik's online store. 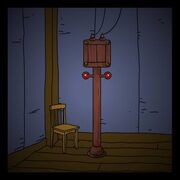 The first and only screenshot uploaded by Mateusz Skutnik before the game's release (now known to be a new added room in the Memory Bank). 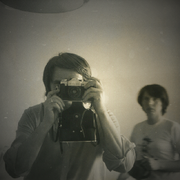 An example of a picture frame in FLFHD.