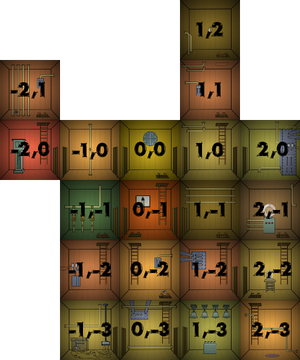 Once the four tile pieces are placed into the wheel, the rest of the map becomes inaccessible. You must obtain these before then.

Retrieved from "https://submachine.fandom.com/wiki/Submachine_1:_The_Basement_walkthrough?oldid=53187"
Community content is available under CC-BY-SA unless otherwise noted.