We're in late 2010 now and there's no evidence that Submachine 7 is now being made.

I remember from this time last year when Mateusz was keeping track of how many rooms in Submachine 6 he has made. From that, I could conclude that Submachine 6 was going to be released in the fall of 2009. However, there's no evidence that Submachine 7 is now being made, so it makes sense to say that the game probably will not be released in the fall of 2010. 24.99.109.15 20:48, August 29, 2010 (UTC)

But, did he do that for all Subs, or just 6? I say "one point does not a curve make." Just because he did it for six does not mean he'll log progress that way for 7.

He's clearly doing something in the Submachine, though. There's SNEE, of course, which contains a whole host of rooms we've never seen before. There's also 32 Rooms. I have no idea what percentage of his time that took up, but like I said, he's clearly still working on SOMEthing.

"Also he said that the surroundings won't be like the Submachine 6 rooms."

Do you think that in Submachine 7 we will see Sub-bots?

And do you think that they will talk to us? 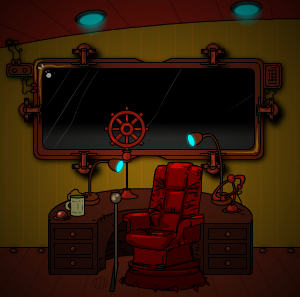 Did anyone noticed about this desk in Sub7? I think that they're something in the hole next to the chair. Maybe we can open this using a combination with the drawers and then switch that lever. I tried to open it, but I couldn't :/

Retrieved from "https://submachine.fandom.com/wiki/Talk:Submachine_7:_The_Core?oldid=52333"
Community content is available under CC-BY-SA unless otherwise noted.