The tree trunk section is a location in Submachine 7: The Core. It was also added to Submachine Universe.

The South Garden was built by Henry O'Toole in 1832[1]. Someone planted a tree to the area. As time passed the tree grew, dividing the area in two.

Murtaugh tested his abilities and created a karma portal here.

At an unknown time, a metal plate was installed to the tree. Also, one of the solenoids was left here. The Player found these while he was exploring the Core.

There are only two rooms in this area. In the left one there is a leftover of a wall with a karma portal on it, and strangely, some flying bricks. In the right one the player can see a big tree with a plate with a symbol on it. It is a hint for a puzzle in Submachine 7: The Core. 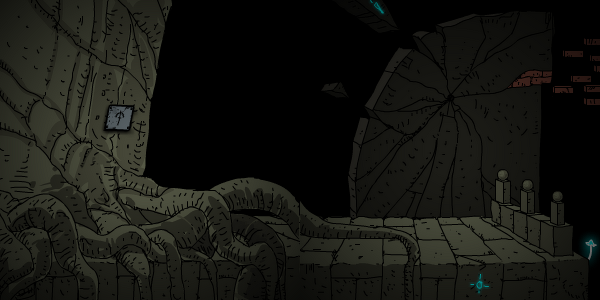