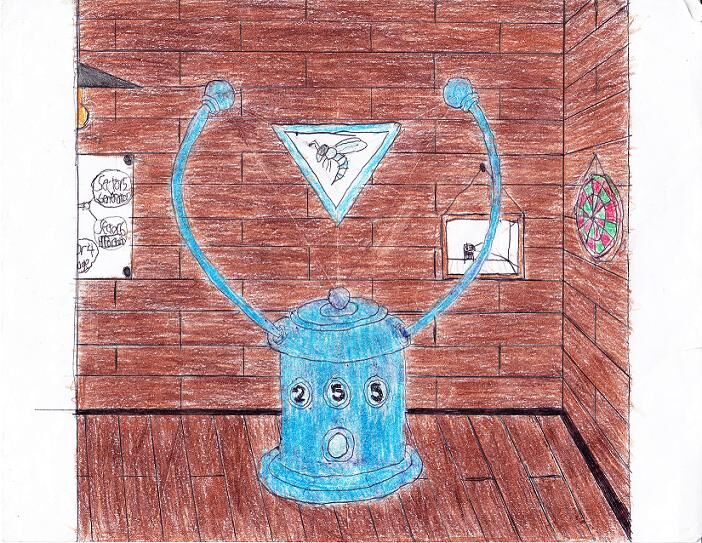 Here are some quotes I came up with:

"Imagine my face is a gun, and I'm shooting you some dirty looks."

"Stop acting as if red Toyota Tacomas are a common occurence."

"*drops carton of eggs in front of little kid* 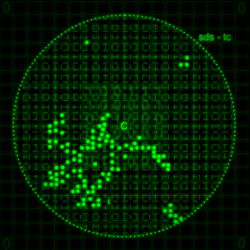 So, I was thinking about how FedericoF made a drawing of The Door Station, and then an idea popped into my head. What if we were to make our own locations? I mean, those dots on the map that aren't part of the main cluster could be anything. And when I thought of that, The Apiary took shape. It was a project started by the same people who made The Root, and used much of the technology perfected in The Root. The Apiary was a project to sustain life within the Subnet. The team involved some beekeepers, a few biologists, a cable guy (really), and a Root scientist. The way it worked was the bees were used to keep the plants alive, so the subnet would be more hospitable. But then the bees died out, and the project was abandoned, somewhat ironically, because of the root connection. But the plants survived, and adopted the fluorescent color made famous by Submachine 7: The Core. Well, at least some did. Now I know this isn't canon, but it was a good idea from the start. Anyway, the coordinates are 255 (BEE), which is a coincidence, since the root's coordinates are the exact opposite. I didn't mean to do that, but then again, I don't mean to do a lot of things, and it's crazy how the results end up. Back to the Apiary; the cipher plate boxes were attacked by something, and the scratches are circular. This allowed the rust to seep in.

Murtaugh's Karma Portals have seriously affected the laws of physics in the Apiary. It drifted in different directions and some basements even collided with it.

Here's a description of the drop zone of the place: The portal is blue, and the room is made of a dark wood. A lamp is hanging on the roof, and there is a dart board on the right. A painting is hanging on the wall; it is the same one as the one in Submachine: Future Loop Foundation that takes you back from the Memories.

Community content is available under CC-BY-SA unless otherwise noted.