The watch station is a location in Submachine Universe.

There are three rooms in this area. The area resembles a short hallway with circular ends. There is also a small recess behind the portal in the drop zone. The walls are covered in some sort of green paneling, as is the floor, however, the floor panels are triangular.

To the right is a stool, a table, and a radio with five wires plugged in. It randomly emits blips, static and what appears to be a voice of a woman before it changes to static or blips. The stools in this area are similar to the ones that the lab uses, though not identical.

To the left there are three periscopes showing images taken with a TADS FLIR (Target Acquisition and Designation Sights[1], Forward Looking InfraRed[2]) sensor camera, that can see thermal images in the dark and in lousy weather conditions. Both of these pieces of equipment have been added to Boeing AH-64 Apache military helicopter[3]. There are numbers "2", "5" and "8" in the left-bottom corner of each periscope image, that clues to 258.

The picture in the far right periscope used to show a time; 00:16:57.6. This was removed when the images in the periscopes were updated in version 3 of the Subnet.

The ambient consists of periods of silence interspersed with a variety of beeps and static disturbances, as if coming through a radio that has been tuned in badly.

The audio loop starts with two occurrences of static, each less than a second long. They are soon followed by a loud beep, which in turn is followed by a lengthy pause.

The next sound heard is the beep of a radio and another short occurrence of static immediately followed by a woman's voice saying "This is--", cutting out mid-sentence. After this there are two beeps and a pause. After a final beep, the sequence repeats over. 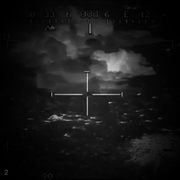 The view from the left periscope, after the Version 3 update. 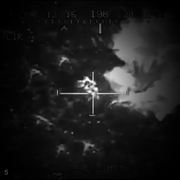 The view from the middle periscope, after the update. 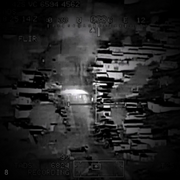 The view from the right periscope, after the update. 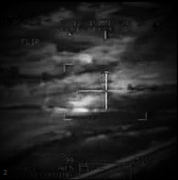 The view from the left periscope, before the update. 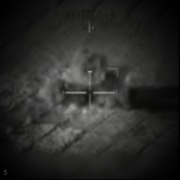 The view from the middle periscope, before the update. 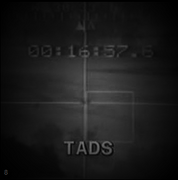 The view from the right periscope, before the update.