The zero depths is a location in Submachine Universe.

This area has the same architecture as the ancient ruins from Submachine: Ancient Adventure. These two locations could even be somehow connected, possibly through the transporter that is found in one of the rooms. This is supported by the theory found here, which begins with a description of Murtaugh visiting mentioned ruins.

Like in the temple, there are oil lamps with tiny flames casting lights and shadows around the area, as well as walls of grey stone. Other similarities include rectangular doorways and the spears blocking access to the rest of the area.

There are five rooms; one has the portal, a ladder up and a triangular entry carved in the rock. To the right, there is the Murt's History Theory by ILUVsubmachine0920, a brown chair, the Root's communication pipe and a pedestal with smothered cigarettes. This suggests that someone who smoked either was stationed here on guard or just read the theory.

In the room above the portal, there is a lit torch. A brown screen with three horizontal lights adorns the top of the ladder. The middle light is lit, and the number 3 is displayed above them. In the left room, there is another torch and a cipher plate box. The spears block a room to the left.

The wires from the box go up, and adjacent to them is another ladder leading to a dark room above. Inside it is a viewer that shows a picture. Hovering over the viewer's base, where the sigil of Jatsko is shown, reveals the hint: First of Three: Four. 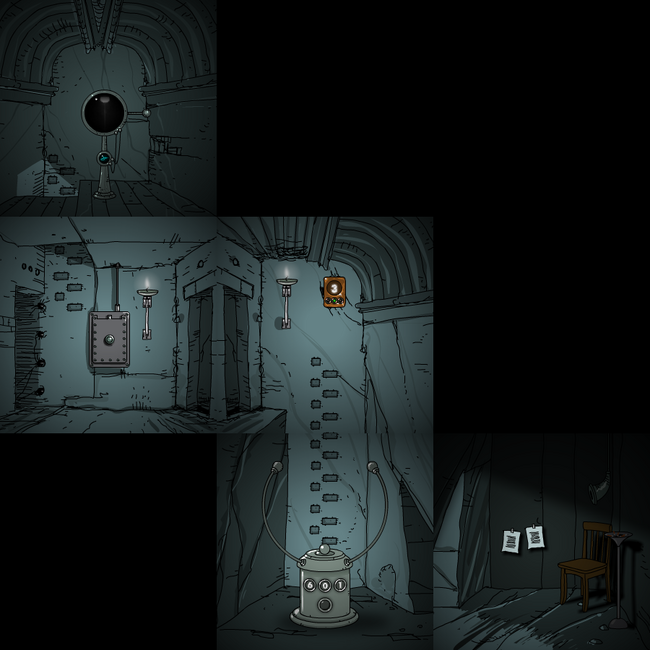